Another illustration from an unrepentant dinosaur geek. 100 million years ago, this was Northern Africa. Depicted are mawsonia, onchopristis and spinosaurus. This animal has been getting a lot of publicity lately because of recent discoveries and research publications. Most of which revealed that it featured traits that heavily suggest it was at least semi-aquatic but certainly specialized for hunting fish. I’m fascinated by spinosaurus mostly because of its story. Partial remains were first discovered by a German paleontologist early in the 20th century and then completely destroyed when the allies bombed Munich during WWII. What we know about it has been compiled from a few fragmentary specimens, some of which link it to better known relatives that help us fill in the gaps. But with each discovery, it’s gotten progressively stranger. Our image of it started as a generic large theropod with a 6-foot sale, to something with a skull that was a bit more crocodilian to this. A sail-backed animal with the body proportions of a dachshund, long finned tail, dense bones and flat webbed feet at the ends of stubby hind legs. 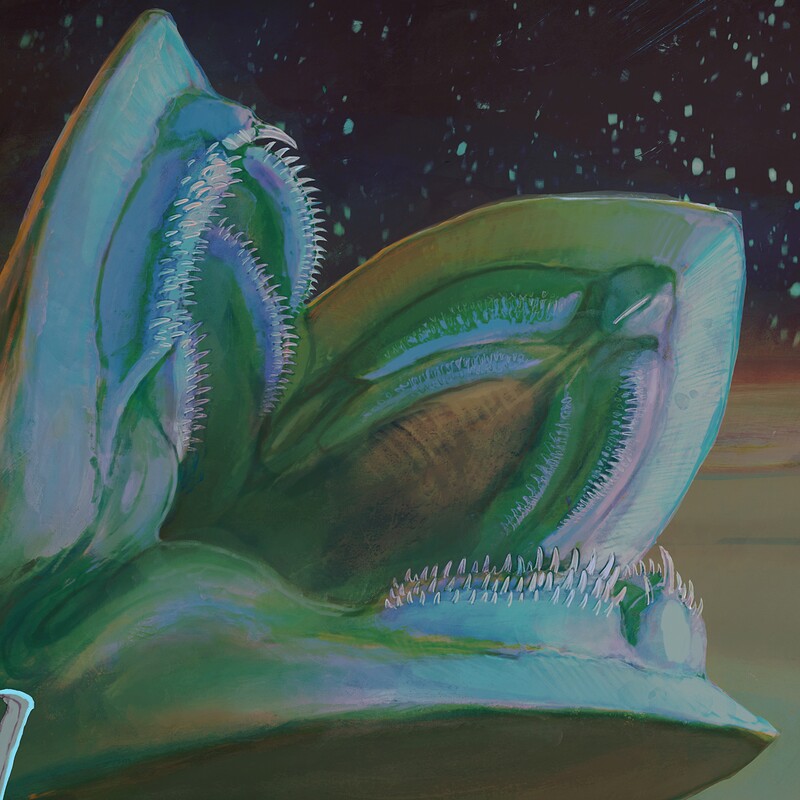